Posted by Deacon Lawrence | Feb 9, 2020 | A Catholic Deacon reflects on Faith, Art, and Our Spiritual Journey (by Lawrence Klimecki)

“A shining city on a hill serves as an example to us all.” 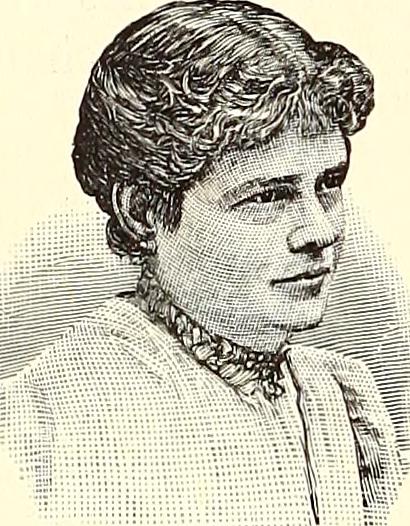 Since the time of Jesus, a city on a hill has served as a metaphor for a place that serves as as a beacon, driving back the darkness, calling people to it, and setting an example for others to follow.

A City On A Hill

One such “city” is set on a hill overlooking the small town of Hawthorne, N.Y.. Rosary Hill is one of the homes run by the Dominican Sisters of Hawthorne, an order of nuns dedicated to to the care of those with incurable cancer.

The order was founded by Rose Hawthorne, the daughter of the great American novelist, Nathaniel Hawthorne. Rose and her husband converted to Catholicism shortly after their marriage. When her husband passed away she found herself alone and with few financial resources. Seeking some meaning in her life, she learned of the struggles of the poor who were diagnosed with incurable cancer. At this time, in the 1890’s, cancer was thought to be contagious. There was such a deep fear of contagion from those suffering with this affliction that they were frequently shunned and disregarded by society. Rose soon found her special vocation to this work.

She took a three month nursing course and in the fall of 1896, moved into a three room flat on the impoverished Lower East Side of New York. From there she began to nurse the poor with incurable cancer. In 1898 she was joined in her work by Alice Huber and together they began to attract other women to join them.

In 1900 they established a congregation of Religious Sisters. They were given the Dominican habit and called themselves “the Servants of Relief for Incurable Cancer.” Their purpose was to provide for the well-being of incurably ill and destitute cancer patients. Rose became known as Mother Mary Alphonsa.

The sisters took in only the most destitute, providing them with the care they needed and doing so without accepting any form of compensation. They do not accept Social Security, Medicare, private health insurance, or even donations from families of their charges. Mother Mary Alphonsa felt that doing so may prejudice them in their treatment of the afflicted.

In 1901 Mother established Rosary Hill in a small hamlet in Westchester County, about twenty miles north of New York City. The community came to be called Hawthorne, in honor of her father. Rosary Hill still serves the poor with incurable cancer along with other homes in Philadelphia and Atlanta.

The daughter of one of their guests was so moved by their work that she continued to follow them, documenting them with photographs, even after her mother passed away. She was struck by their tenderness with the dying, how they painted women’s fingernails and combed their hair, changed them into fresh nightgowns and arranged flowers in their rooms. “This is how dying should be,” she once told a reporter. “It doesn’t feel like a place of death. It feels like a place of living.”

A shining city on a hill serves as an example to us all.

President Ronald Reagan used the metaphor often. In his farewell address to the nation after 8 years as president he said this.

“I’ve spoken of the shining city all my political life, but I don’t know if I ever quite communicated what I saw when I said it. But in my mind it was a tall proud city built on rocks stronger than oceans, wind-swept, God-blessed, and teeming with people of all kinds living in harmony and peace, a city with free ports that hummed with commerce and creativity, and if there had to be city walls, the walls had doors and the doors were open to anyone with the will and the heart to get here. That’s how I saw it and see it still.”

The city set on a hill is a beacon for others, it exists for something else.

This is the virtue Jesus calls us to, to devote all that we are to other people. From selflessness all the other virtues follow, feeding the hungry, sheltering the homeless and clothing the naked. This is how we are to be light for the world.

And in return the prophet Isaiah tells us we will receive light in our lives, healing, justification, protection from our enemies and answers to our prayers.

We have been given the light of truth to shine before the world. Not to be praised for ourselves, but to glorify God, the source of all good things.

Not to us Lord, but to your name be the glory.

This is the Perfect Prayer

The Hero’s Journey of the Spirit – Part I

How To Respond To Oppression and Persecution

The Hero’s Journey of the Spirit – part VII