How God Guides Us

Posted by Deacon Lawrence | Sep 15, 2019 | A Catholic Deacon reflects on Faith, Art, and Our Spiritual Journey (by Lawrence Klimecki) 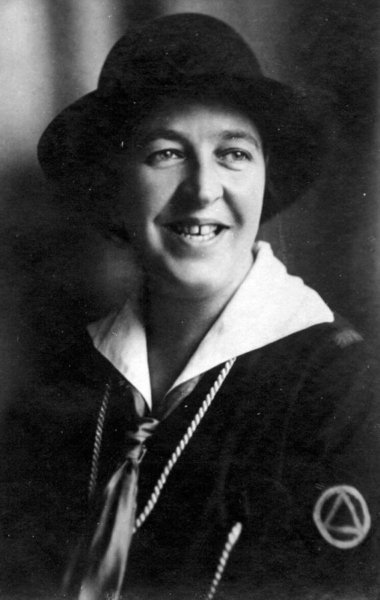 Corrie Ten Boom lived in Denmark during World War II. She and her family helped many Jews escape the Nazi Holocaust. Acting on information from an informant, the Nazis arrested the entire Ten Boom family and sent them to Scheveningen prison.

While in prison, Corrie watched her sister Betsie starve to death. Corrie wrote this about God in her book “The Hiding Place.”

“Often I have heard people say, ‘How good God is! We prayed that it would not rain for our church picnic, and look at the lovely weather!’ Yes, God is good when He sends good weather. But God was also good when He allowed my sister, Betsie, to starve to death before my eyes in a German concentration camp. I remember one occasion when I was very discouraged there. Everything around us was dark, and there was darkness in my heart. I remember telling Betsie that I thought God had forgotten us. ‘No, Corrie,’ said Betsie, ‘He has not forgotten us. Remember His Word: For as the heavens are high above the earth, so great is His steadfast love toward those who fear Him.’” Corrie concludes, “There is an ocean of God’s love available–there is plenty for everyone. May God grant you never to doubt that victorious love–whatever the circumstances.”

How often do we think of God as capricious? He seems to answer some prayers and ignore others. We see evidence of His loving concern for us one moment and then wonder if he has forgotten us the next.

Randy Hoyt learned of God’s ultimate goodness through a very painful lesson. Randy’s wife Kris was pregnant for only 5 months when complications set in. She was rushed to the hospital for an emergency “C” section. All the while Randy prayed that God would heal her.

But God dod not heal her. Kris’ lost a tremendous amount of blood. Within 16 days Randy lost both his wife and newborn child. He found himself a single parent of six children.

Randy, understandably, felt lost and confused. He asked God “who will teach the kids, guide them, and love them like their mother?”

He soon found out. Friends and family started a program, “Help Bring Hope to the Hoyt Kids.” Over the next six months, as the program grew, hundreds of people worked, sent money, and donated meals and supplies. Love poured into Randy’s family. Randy received more than 500 letters, e-mails and cards from people who said they were praying for them.

At the end of the six months, donations paid all the medical bills and the mortgage. Randy was also back at work. God did not save his wife, but God’s love ministered to Randy and his children in deeply profound ways after Kris’ death.

The pain of Kris’ and Grace’s death of course remained. Yet when he started to sink into despair Randy could imagine the two of them in heaven together, fully alive, healthy and full of joy. “See her as she is now,” he felt the Holy Spirit saying. “She is alive.”

Reflecting upon his experience Randy says, “I asked God for the life of my wife; I received instead a lesson on the nature of God. God is good. Armed with that knowledge, I have no fear for today or the future. God will always be enough…for any situation.”

Is God A Loving God?

We sometimes hear the criticism that the loving God of the New Testament is not the same as the vengeful God of the Old. This attitude reveals more about the critic than it does about God. Like the Pharisees these critics try to remake God in their own image, so they see a fickle God, harsh and judgmental at one moment, loving and forgiving the next.

There is no contradiction in scripture. God does not contradict Himself. When two passages seem irreconcilable the fault lies in our incomplete understanding of the Word.

The parables of Jesus refer to a God that cares so deeply about us that He goes out of his way to bring us back to the fold. He searches for us not because He does not know where we are but because He seeks the most effective path for us to return, even if that path is though the sacrifice of His Son.

We cannot fully understand the ways of God. But we can have faith that whatever trials and obstacles He allows us to face, He is always with us and will always work for our good and the good of others.

The Hero’s Journey of the Spirit – part VIII

The Purpose of Marriage

From the Gospels: Handling Rejection