Is There More We Can Do?

Posted by Deacon Lawrence | Sep 29, 2019 | A Catholic Deacon reflects on Faith, Art, and Our Spiritual Journey (by Lawrence Klimecki)

“I could have done so much more.” 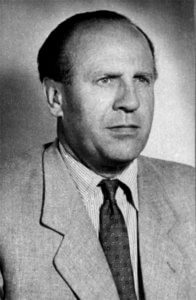 Oskar Schindler was a German industrialist living in Poland at the onset of the second World War. As the Nazi war machine began taking Jewish prisoners, Schindler saw an opportunity to make money.

Because of his position and influence he was able to cut a deal with German authorities to allow him to use the prisoners as free labor in his munitions factory. Since he did not have to pay them, he was able to make a handsome profit.

But over time this Catholic businessman began to see things differently. As he became aware of the horrors of the Nazi regime his heart changed. He began to use his connections and influence and factories to save his Jewish workers from the Holocaust.

For each prisoner he used in his factories he paid a “fee” to the Nazi officials.

As time went on he used the money he made in the early part of the war to “buy” more and more Jewish workers, just so he could save their lives.

By the end of the war he was as broke as he was at the beginning. But he saved hundreds of Jews from the sure death of the Nazi concentration camps.

In the last scene of the movie, the allies are liberating the town where Schindler’s factory is located. Germans are fleeing and Schindler is standing surrounded by the workers whose lives he had saved. The workers are thanking him, but Schindler begins to cry.

He looks around at the faces of the people he saved, and he tells them, “I could have done so much more.” He then takes out his gold watch, holds it up and says, “This could have bought someone’s freedom.”

While the workers are celebrating, Schindler’s heart is breaking. He had experienced firsthand the destructive power of the sin of omission.

In the story of Lazarus and the rich man, rich man may have very well been similar to Oskar Schindler at the beginning of the war.

He wasn’t a thief, or a murderer, or even a liar. He appears to have been a good guy, wealthy, successful, with a large family whom he cared about. So what action sent him to the netherworld? What sin did the rich man commit that condemned him?

In fact it was nothing he did; it was something he did not do. How many times have we heard someone say that they will get to heaven because they haven’t committed any mortal sins? “I’m a good guy,” they say, “I haven’t killed anyone or stolen anything.” This is not a Christian attitude.

If we are to live like Christ then we must live for others.

Christ was asked what is the most important commandment. In response, He did not list all the things we should not do. Instead He told us of two things we must do, love God, and love our neighbor.

Oskar Schindler opened his heart to others. He showed his love for God by how he treated his brothers and sisters. While he may have started with selfish intentions, he allowed God to enlighten his heart and mind and see the true meaning of discipleship.

The rich man may have been without sin but he closed his heart to a neighbor in dire need. He was concerned only with himself. But the law of heaven is self-giving and in the end he was not fit to live there.

The two greatest commandments, to love God and to love neighbor, are actually the same thing. We should take a moment now and then to take stock of our lives. How are we showing our love for God? Can we do more?