Having been born and raised in the San Francisco Bay Area in the 1960s-70s, this was my normal: hippies, counter-culture, anti-authority, individualism, peace, love, drugs, and rock’n’roll, New Age, gay rights, tranny rights, feminism, pro-choice, Wicca, modernism, etc. Given my extreme lack of exposure to Christianity, this was all I knew. In this cultural milieu, Jesus was mocked. For us, the sentiment was, “only stupid, backward country bumpkins believed in Him! We in the Bay Area are far too cool and sophisticated.” We would regularly bump into “Jesus freaks” on Telegraph Avenue in Berkeley who ranted, “The end is near, California is falling into the ocean, repent now.” Generally, they were shouting while hanging off telephone poles or in clouds of marijuana smoke in front of paraphernalia shops. While I can’t be certain, my guess is that they were as out of their minds as the rest of us. They sure seemed that way.

My mom died when I was 24. It was a horrible and devastating loss for me and my family. Day after day, I felt like I was free falling into a dark abyss with nothing to anchor me. All of life’s big questions plagued me, but I completely lacked both the inner and outer resources to grapple with them. No amount of alcohol, sex, drugs, or rock’n’roll provided relief or answers. One day, in a flash, I realized that I literally didn’t know what people did if they weren’t “partying.” I had no idea how to shape and build an adult life. I wept uncontrollably for hours. It was then that I made a commitment to seek counseling.

A friend I worked with recommended a Christian therapist and I said yes—I was completely open. She was an older woman and was some denomination of Protestant. I was eager to see her and get help. It didn’t work. In her zealousness to love the Lord, she didn’t see or hear me. In one session, she was going on about how I needed to be perfect like Jesus. Imagine that? A young woman who just lost her mother and in terrible pain now needs to be perfect like Jesus? Perfection? I was struggling to get out of bed and face the day. Besides, I didn’t even know who Jesus was! At my last session, she asked me to identify some of the things I liked to do. I named them: reading, writing, gardening, sewing, and photography. She then criticized me because these were solitary activities. I needed to be like Jesus, you know, with people! The disconnect was so enormous and frustrating that I was out of there.

Primed for the New Age

On my own, I researched options and found a psychotherapy internship program through John F. Kennedy University. I selected it purely for pragmatic reasons; it was in the town I lived, they had a sliding pay scale, and they could get me in quickly. JFK University is a fully accredited progressive, liberal, New Age school. For example, they offer a Master of Arts in Consciousness and Transformative Studies with classes like Archetypal Mythology, Shamanic Traditions, Sleep, Dreams, and States of Consciousness, and Self-Exploration. At that time, I had no idea what the institution was about (no Internet in those days) and, frankly, I didn’t care. Help was my only objective.

I was assigned to an intern named Joanne and she listened. While I didn’t know it at the time, she had recently lost her father and was very compassionate around parental loss and the subsequent issues. She was older than me by 20 years and I found in her a maternal figure that I craved. Long story short, I saw Joanne for years and she remains my dear friend to this day. She’s my “fairy goddess mother,” I love her, and I’m infinitely thankful for her.

Wrapped into the New Age

Joanne was my introduction into the New Age movement. Her practice was in Berkeley, CA in a gorgeous late 19th century Victorian. Crystals and dream catchers hung from her windows, carved rose quartz goddesses and amethyst geodes filled her shelves, along with shamanic drums and rattles. Her bookshelves were filled with every alternative healing technique known to humankind. She herself had traveled the world from the Himalayans to the Mayan ruins to Brazil seeking knowledge and wisdom and mentoring with exotic “teachers.” I was mesmerized.

While my early years with her were traditional talk therapy, as our relationship deepened, I participated in more alternative experiences. Channeling spirits, sweat lodges, Amanae, frequencies, tarot readings, psychic readings, crystal work, chakra work, guided journeys, past life regression, drumming, Equinox and Solstice circles, and you get the picture. Some of this was one-on-one, but often it was with a group. I also explored New Age nonsense on my own and, over the years, developed my own practice of “goddess worship.” I never belonged to a coven or other organized group, I simply prayed to “the goddess,” a nebulous creation of my mind who never answered. As I explored and engaged in these practices, never once did I think I was opening to demonic influence or evil. Like most New Agers, I didn’t believe that evil existed.

I spent decades seeking. Seeking God, meaning, purpose and, mostly, truth. It’s the same for people wrapped into the New Age movement. It makes me sad and mad when New Agers are perceived as bad or evil. Misguided, lost, confused and maybe even satisfied—yes. There are many, many good people wrapped into this movement. And, there are evil exploiters as well, just like in any and every movement or institution.

My experience was that I sought, but I never found. All of this experimentation never revealed any great (or small) truth; it never lead to a mystical experience that showed me God. That’s because New Agers believe that each person is his or her own god, which is a lie and I always knew that it was a lie. I went through a 3-month course at the Center for Spiritual Living in Oakland, CA, which uses the book, Living the Science of Mind, by Ernest Holmes as its “gospel.”  For the term project, one student danced around throwing flowers, chanting “I am god, I am god, I am god …” Even then, I sat there thinking, “No you’re not.” Regardless of the genre I was exploring, I always reserved a healthy skepticism.

In the New Age movement, the belief is that you have to “go inward” and seek one’s “center,” which is where you’ll find god. This inner “god” and an amorphous outer “god” must be “connected” or “aligned” for spiritual transformation to take place. I kept searching thinking that I would find my “center,” but this center is non-existent. There is no center because we’re not god. Further, there’s no God anywhere in the New Age movement. That’s why there are endless options, so that one can keep seeking and moving to the next thing. “Oh, if I don’t find my “center” in shamanic drumming, maybe I’ll find “it” in crystal work, or maybe I’ll stumble upon my “god” through past life regression, and so on. I went through a lot of them and there’s nothing to find; it’s simply a string of experiences, some more absurd and dangerous than others.

In addition to a waste of my time and money, New Age nonsense kept me away from our Lord and Savior, Jesus Christ, the one true God. It never gave me inner peace or hope—ever. In this sense, the New Age movement harmed me. Did demons harass me? Surely. However, not any more than before I became a New Ager when I was drinking and taking drugs regularly. As a 15-year-old, tripping on LSD, Satan himself literally made an appearance in my backyard (another story for another time). Much of what I experienced was often ho-hum and frequently so stupid.

I’m happy to say that I’m no longer seeking; learning, yes. As a New Ager, I thought I was so incredibly open-minded to be exploring so many avenues. Yet, never once did I pick up and read the Bible or explore Christianity. Misguided indeed. 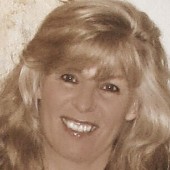