Prayer Before Sacrificing Myself

It may seem odd to read “prayer before sacrificing myself” but let me please explain. I was given a most helpful prayer to say before Holy Mass. I was so taken with it that I considered it a treasure and immediately put it into my wallet so as never to lose it. The actual title is “Prayer Before the Holy Sacrifice of the Mass”. But where am I sacrificing myself? Read on, dear soul and you will see a path to happiness unfold before you.

You Had Me At Love, Jesus

The first line reeled me in, “Let me be a holy sacrifice and unite with God in the sacrament of His greatest love.” Once I read that I was hooked and had to read more. “Me? A sacrifice?” I thought only Isaac and Jesus and biblical folks were sacrifices. I began to gallop through the prayer hungrily gobbling up all it had to say, hardly understanding the bottomless truths therein. I’d always had an intellectual fascination with religious sacrifice.

I’ve now read this prayer for many years, and each time the Holy Spirit uses it to reveal new truths to me, whether about myself or His salvific works in me via the Eucharist, or in the Church etc. I have mulled over this little prayer and asked God to help me understand it. Posing difficult questions about the theology of this prayer to priests over the years, I’ve gotten blank stares from many of them. My little prayer card is so well loved it is starting to fall apart.

Don’t Leave Home Without It

I try never to attend Holy Mass without reading this beforehand, my favorite prayer of preparation. Having lost the card at one time, I was heartbroken. I prayed and the card, along with all my prayer cards, were found. One would think I’d lost a wedding ring I was so sad and then so full of joy and gratitude when it was restored to me. This past Lent I was inspired to have the cards made up and I would pass them out to fellow worshippers that I felt were very sincere in offering their own “sacrifice of praise”. Many of them have reported back that the prayer is helping their faith and participation at Mass.

As a youngster, I was often bored at Mass, but as I grew older I began to understand the Mass a bit more and got more out of it. My mother cautioned me that we do not go to Mass to get something out of it. Rather, we go to Mass to put something into it, namely, all our hearts in worshipping the Triune God. That was a turning point for me. If I go to Mass to do something instead of getting something, then what was I doing precisely?! This led to years of reading and questioning.

I do so hate to hear other souls saying that Mass is boring, but I understand and cannot judge them as I was once in their uninformed shoes. Now it does not matter if the music at mass is horrid (though that can be a terrible deterrent and distraction) or if the preaching is lackluster. What matters now is what I do at Mass. No, Mass and the liturgy do not depend on me, however, I have made a marvelous discovery that I want to share with you, dear soul.

It’s Not All About Me?

Just as my mother wisely admonished me to get busy if I was sad or down or, to do something for someone else, to get my mind off of myself, so taking my mind off of my entertainment expectation at Mass has helped to flip the dynamic. I used to wonder if the preacher would be dynamic or the organist well trained but not anymore. Now I go to do what that prayer card says, to “be a holy sacrifice”.

Part of the Sacrifice

Previously, I thought only Jesus was the sacrifice at Mass. But it turns out, we too become part of the sacrifice and in fact, are offered up along with him at the Offertory part of the liturgy of the Eucharist. Were you aware of that? Were you conscious that you too are being offered to God the Father as a sacrifice? If you let yourself soak that in, it is rather amazing.

Our Offering at Mass:

Pray, brethren (brothers and sisters),
that my sacrifice and yours
may be acceptable to God,
the almighty Father.

If you follow the path of this little prayer you will see it leading you to deeper participation at Mass. “I want to be one with Him in this act of love, where He gives Himself to me and I give myself as a sacrifice to Him. Let me be a holy sacrifice as I become one with Him in this my act of greatest love to Him.” Right off one realizes that we are to be united to Jesus, and that He is giving Himself as a gift!

Prior to reading this I had not realized that this could be my act of greatest love to Him. I thought I had to become a martyr or take a bullet for someone, or save all the sick children of the world. No! All I need do is start by going to Mass to love Jesus. How simple. I began to wonder though, “Is it really this simple?”

The prayer leads one further into the treasure chest of truth. As I pondered those last two lines I began to see how spousal Jesus’ love is for me and how intimate is His self-giving. And here I had felt so far from him and so far from what the priest was “doing” on the altar.

But spouses in the act of self-giving, are close to one another whether it is a consummation of their sacrament, or just in the ordinary selfless acts of service throughout the week.  There is intimate knowing, tenderness and deep friendship involved. Why was I not feeling this close to my sweet Jesus?

Was I Holding Back?

I realized it was not Jesus holding back – it was me! What a sad but solution-oriented epiphany. I thanked God for this prayer card. I made many tiny and big efforts to get to know Jesus as a person, Jesus as a friend, Jesus as a brother, Jesus as my savior, Jesus as my rescuer, Jesus as my lover. And, getting to know a person takes time.

Sometimes when one comes close to an extraordinary person, one often feels greatness or love or “good vibes” radiating out of that noteworthy or illustrious individual. Usually, with a loving person like Jesus, one just absorbs this radiant presence and one is suddenly filled with the reality of how great the other is. There are times when a soul is overcome by the love from Jesus’ presence. He gives this gift at times and it is marvelously overwhelming. Other times, He lets you slowly get to know Him through reading the Bible, from others’ acts of love, the glory of nature, etc. Jesus is a many-splendored love.

Unite Your Heart to His

This next section nearly speaks for itself, and, I could fill a book with insights but our blog visit today does not allow for this type of lengthy exploration. I’ll let you dive in and discover treasure for yourselves. “Let me unite with Him more, that I may more deeply love Him. May I help make reparation to His adorable Heart and the heart of His Mother, Mary. With greatest love, I offer myself to You and pray that You will accept my sacrifice of greatest love. I give myself to You and unite in Your gift of Yourself to me. Come and possess my soul.”

The more you unite your heart to His, the more He will transform you into the glorious creation He envisioned when He created you. When we meet again, dear soul, we will mine the second half of this little gem.

Cover image: Andrea Vanni’s Scenes from the Passion of Christ: The Agony in the Garden, the Crucifixion, and the Descent into Limbo, Sienese, c. 1330 – 1413, Open Access, National Gallery of Art

Is the Mass a sacrifice: https://www.catholic.com/magazine/print-edition/is-the-mass-a-sacrifice

The sacrifice of the Mass: http://www.newadvent.org/cathen/10006a.htm

Words of the Mass  – https://universalis.com/static/mass/orderofmass.htm

Catechism of the Catholic Church on the Eucharistic sacrifice: http://www.vatican.va/archive/ENG0015/__P41.HTM 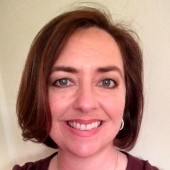 Jesus, YOU take over!

He Is the Potter and I Am the (Resistant) Clay