Prudence Allows Us To Do This…

Posted by Deacon Lawrence | Sep 8, 2019 | A Catholic Deacon reflects on Faith, Art, and Our Spiritual Journey (by Lawrence Klimecki)

“Prudence is not only the virtue of discerning right from wrong,” 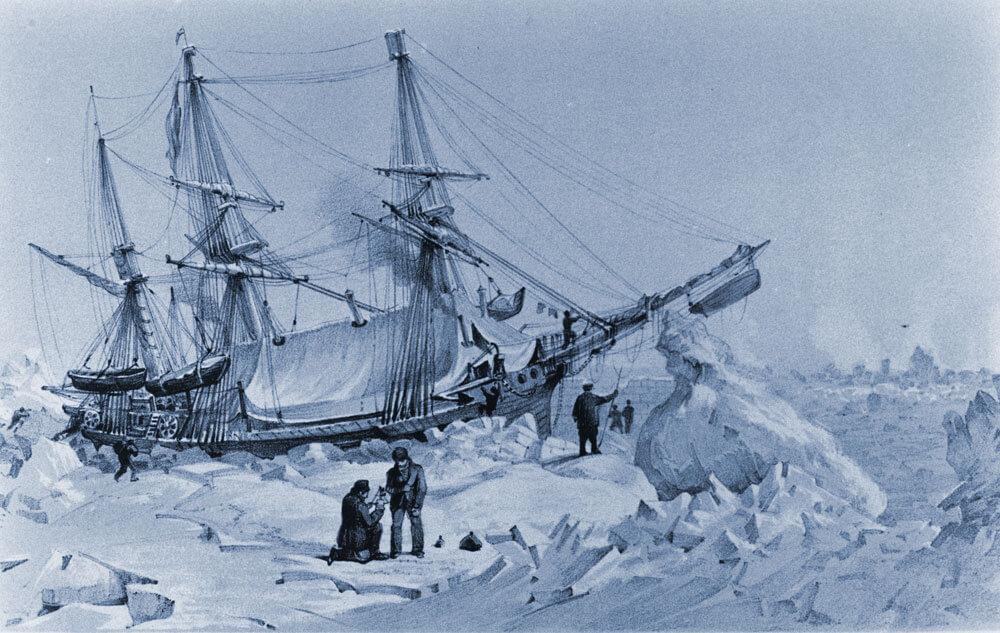 In 1845, two ships under the command of Sir John Franklin left England. Their goal was to discover a Northwest Passage from the Atlantic Ocean, across the Arctic, to the Pacific Ocean. Neither of the ships nor any of the 138 men ever returned.

For more than twenty years after their departure, rescue and search parties discovered bits and pieces of ship, cargo and crew scattered across the frozen landscape. Finally a picture emerged that told the story of the lost expedition.

Captain Franklin prepared for the journey in a way that was wholly inappropriate for the trials he was to face. He packed a 1200 volume library, a hand organ, china place settings for the officers and men, cut glass wine goblets and sterling silver flatware. Years later searchers found some of this intricately designed flatware near a frozen clump of cannibalized bodies.

What he did not pack as he prepared to face one of the most arduous, grueling climates on earth, was enough food and proper clothing.

The ships had sailed into frigid water and become trapped in the ice. On an island, a crewman left a letter detailing the expedition’s fate. It described how ice first coated the decks, the spars and the rigging. Then the water froze around the rudders and the ships became hopelessly locked into a frozen sea.

Sailors set out to search for help but they died of exposure to the harsh Arctic weather.

The expedition did not prepare for the cold or the possibility that the ships would become locked in the ice. The voyage was to last two to three years. But the captain loaded only a 12 day supply of coal for the auxiliary steam engines. The crew packed only their navy issue uniforms. Miles away from the vessels, investigators found the frozen body of a ship’s officer. The officer wore his uniform of fine blue cloth, edged with silk braid, a greatcoat and a silk neckerchief. This was clothing which was entirely unsuitable to the arctic conditions.

In spite of all this, the media of the time portrayed Franklin as a hero.

The Path of Prudence

The goal of our journey in life is Heaven, complete communion with God, His saints, and His angels. But are we properly prepared for the the trials and obstacles we will encounter on our way? Do we care too much for the opinion of society?

In the parable of the dishonest steward, Jesus appears to be praising unscrupulous behavior. But it is important to understand the parable in the context of the customs of the day. Wealthy merchants hired agents or stewards to conduct their business affairs. It was common for these agents to inflate what was owed to the master and line their own pockets with the difference. The fact that this steward was about to be dismissed from his position would indicate that he had stepped over the line and was impacting what was owed to the master. The dishonesty of the steward is a given, irrelevant to the point Jesus makes.

The master commends the steward for giving up his “commission” by having debtors write new notes for only the real amount owed (minus the steward’s profit.) In this way the steward ingratiates himself with the master’s debtors in order to secure his place elsewhere when the master dismisses him.

It is this prudence that Jesus praises. He points out that the children of this world are careful to provide for themselves and admonishes the Children of Light to look after their future in the kingdom to come.

Prudence is not only the virtue of discerning right from wrong, it also means astuteness, the ability to show sound judgement and wisdom in practical matters. The modern world no longer values prudence. It has instead made a virtue of tolerance.

Society has turned Prudence on its head. It is now labelled as bigotry, discrimination, and racism. The Boy Scouts of America thought it imprudent to have homosexual men put in the position of leading young boys. Critics labelled the organization as “homophobic.”

Any person who suggested it might not be wise to have men and women in close quarters on naval vessels was labelled “sexist.”

Calling traditional virtues “evil” has become a standard tactic for those who attack our faith. But prudence is a virtue that allows us to discern double-talk from the truth. Prudence allows us to avoid disaster and prepare ourselves for the harsh climate of the modern world as we make our way back to God.

This is the Hallmark of Christianity

The Hero’s Journey of the Spirit – Part IV

The Power of Faith