Posted by Drewe DeJesus | May 7, 2018 | Made Whole. Discovering the Healing Power of Christ. (by Drewe)

Just the other day one of my best friends shared a song with me called, “Reckless Love.” In meditating on the words, I found my own story within the lyrics. There have been many moments when I have looked back at how God has worked in my life and just thought, “Where would I be without you Jesus? What would’ve come of me if you never sought me, and found me when I was lost?” Like many people, I strayed away in college and led a life of sin for a few years, before I found myself in the embrace of our merciful Father. Years later I would find myself in prayer, thinking back to that time in my life before I turned back to God. I would always have this imagery of myself crawling on the ground, slowly dragging my body to Jesus who I could see in the distance. Jesus would see me and run to me, just like in the imagery of the Parable of the Prodigal Son . I have meditated on this scene in prayer many, many times and it always reminds me of my own poverty before I came back to Jesus, but most importantly, it reminds me of His unfailing love for me. We always think that we’re the one’s who come back to Him, but in reality, He’s with us the whole time – pursuing us and fighting for us. The lyrics of this song inspired me to think back on where I would be if He didn’t “leave the 99” to come look for me, His lost sheep. The lyrics go:

Years ago I heard a talk given by Jason Evert and he recounted this true story about the love of a Father searching relentlessly for his son who was buried in the debris after an earthquake. I remember being so moved the first time I heard it and I think this story brings these lyrics to life.

On December 7, 1988, an earthquake devastated the northwestern section of Armenia, killing an estimated 25,000 people. In one small town, just after the earthquake, a father rushed to his son’s school only to find that the school had been flattened. There was no sign of life.

But he had no thought of turning back. He had often told his son, “No matter what, I’ll always be there for you when you need me!”

Though his prospects appeared hopeless, the father began feverishly removing rubble from where he believed his son’s classroom had been. Other forlorn parents only wailed hopelessly…”My son!” or “My daughter!” Some told the father to go home, that there was no chance that any of the pupils could be alive. To which he always replied, “I made my son a promise that I’d be there for him anytime he needed me. I must continue to dig.”

Courageously, he worked alone; no one volunteered to help him. He simply had to know for himself: “Is my boy alive or is he dead?” With strength and endurance beyond himself, the faithful, loving father continued to dig…for 8 hours…12…24…36 hours. Then in the 38th hour, as he heaved away a heavy piece of rubble, he heard voices. “Armand!” he screamed.

A child’s voice responded: “Dad! It’s me…Armand!” Then, “I told the other kids not to worry. I told them that if you were alive, you’d save me, and when you saved me, they’d be saved. You promised you would always be there for me!”

Moments later, the dad was helping his son Armand and 13 more frightened, hungry, thirsty boys and girls climb out of the debris. Free at last! When the building collapsed, these children had been spared in a tent-like pocket.

When the townspeople praised Armand’s dad, his explanation was, “I promised my son, ‘No matter what, I’ll be there for you!'”

The father in the story so beautifully images our Heavenly Father’s relentless pursuit for us. He promises to be there for us no matter what we’re going through, and regardless of how desperate our situation may appear. He won’t give up on us. He won’t leave us buried beneath the pain, sorrow, or brokenness of life. He will come in after us because that is what any good father would do.  On those day’s when I’m sifting through my own hurts, it’s sometimes hard for me not to feel overwhelmed by the debris of life.  But I know from experience that Jesus won’t leave me buried alone. He will move one rock at a time until we are free from the trials that make us feel trapped. Why? Because He loves us.  Unconditionally. Passionately. And oh so Recklessly.

I hope you find this song as beautiful as I did 🙂 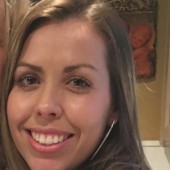 MADE WHOLE. DISCOVERING THE HEALING POWER OF CHRIST.

Getting Unstuck-Healing from Past Pain