My Encounters with John Paul II

It’s fitting that the first post for my “feasts and saints” blog focuses on St. John Paul II, the only canonized saint I’ve personally encountered. The final days of the earthly life of John Paul II had a profound effect on me. I vividly recollect those days in Rome as a theology student at the Pontifical University of St. Thomas Aquinas (known as the Angelicum). We had become accustomed to the regular health scares around the ailing Pontiff, but on every occasion, the Pope rallied and returned to the Vatican.

I saw John Paul II twice during the two weeks preceding his death—Holy Week and Easter Week of 2005. Too ill to celebrate Mass on Palm Sunday, the Holy Father observed the liturgy from his library window overlooking St. Peter’s Square, and blessed the congregation afterwards. And while the Pope cancelled his General Audience on Easter Wednesday, he appeared briefly at his window that morning. A visiting friend and I walked into St. Peter’s Square just in time for the frail Holy Father’s final public blessing, only three days before his death.

Our Easter rejoicing abruptly turned into mourning for the loss of our beloved Holy Father on April 2, 2005. It was the vigil of Divine Mercy Sunday, the feast he instituted. All over Rome—in shops, restaurants, and bars—signs appeared in windows: “Farewell, Holy Father.” Banners with “Santo Subito” also materialized—make him a saint immediately. The Church had lost its Pope, and Rome had lost its Bishop.

What John Paul II Meant to Me

I thought of his childhood, adolescence, and young adulthood, marked by those cruel ideologies of Nazism and communism that sought to destroy his Polish homeland.

I thought of the words he uttered at his inauguration and repeated in almost every country on earth:

Do not be afraid. Open wide the doors for Christ!

I thought about his great love for young people, and his call for them to be ambassadors for a new civilization of love.  At the 1995 World Youth Day in Manila, he invited young people to collaborate with him in proclaiming the Gospel:

It is always Christ who sends. But whom does he send? You, young people, are the ones he looks upon with love. Christ, who says: “Follow me,” wants you to live your lives with a sense of vocation. He wants your lives to have a precise meaning, a dignity.

I thought about how he continued his ministry despite his declining health, and how his illness radically challenged the belief that older people, the sick, and the dying are redundant. I thought of his last visit to Lourdes in 2004, when he spoke as a “sick man among the sick.”

Tears streamed from my eyes as I thought about the extraordinary gift that the man Karol Wojtyla had been to the world and to me personally.  And I prayed that he would continue to lead and guide us from Heaven.

How You Can Celebrate John Paul II

Saints Exist for Us

In his homily for the canonization of six saints on May 16, 2004, Pope John Paul II offered this assurance:

‘Do not let your hearts be troubled or afraid’ (Jn 14: 28). The earthly events of . . . new saints spur us to persevere on our own journey, confiding in the help of God and the maternal protection of Mary. From Heaven, may they now watch over us and support us with their powerful intercession.

Saints exist, not for themselves, but for the Church. They are models and intercessors for the rest of us who are still here on earth. 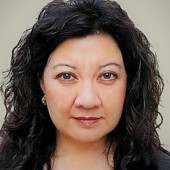 Praying for the Impossible? Try St. Jude, Patron of Hope