The Hero’s Journey of the Spirit – part XIII

Posted by Deacon Lawrence | Jul 14, 2018 | A Catholic Deacon reflects on Faith, Art, and Our Spiritual Journey (by Lawrence Klimecki)

“Our reward, the treasure, the prize we have sought from the beginning is an encounter with the divine.” 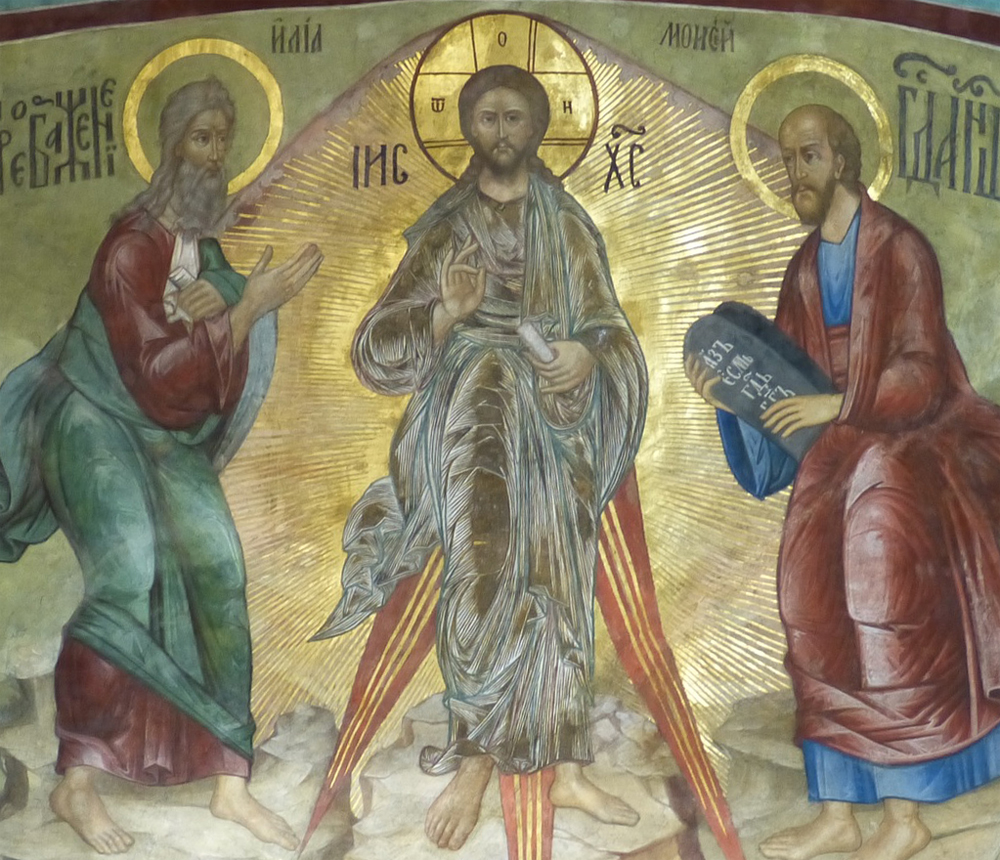 We have defeated the Adversary, we have survived death, we have overcome our greatest spiritual challenge. We are transformed into a new state, emerging from battle stronger than we were before, and with a prize of new understanding.

In “Star Wars,” Obi Wan, the mentor, has his own great battle against his adversary, Darth Vader. Vader taunts Obi Wan by telling him that he is a weak, old, man. But Obi Wan responds,
“You can’t win, Darth. If you strike me down, I shall become more powerful than you could possibly imagine.”

Our reward, the treasure, the prize we have sought from the beginning is an encounter with the divine. From this we arrive at a new understanding of our place in the world, our role, not only in our own story but in the greater story of man’s salvation.

This is represented in the movies in several ways. A magic object such as a sword or jewel. It may be a person, the prince or princess that has been rescued from the clutches of evil. It may be an object of great importance, a secret, greater knowledge or insight, or even reconciliation with a loved one or ally.

In our spiritual journey, this the mountaintop experience.

The centerpiece of the Gospel of Mark is this type of mountaintop experience, the Transfiguration of Jesus before His disciples. In fact the entire gospel can be read as a type of spiritual journey up a mountain. As we go up one side, we hear about the ministry of Jesus; the miracles, the healings, the feeding of the thousands, the call of the disciples. For the disciples, this is the road of trials, testing and preparation. The top of the mountain is Peter’s declaration, “You are the Christ’, and the revelation of Jesus’ glory at the Transfiguration. And then, the disciples and Jesus come down the other side of the mountain toward the cross and the difficult days ahead.

The “mountaintop experience” does two things for us: it gives us hope and it gives us reassurance, strengthening us to face what lies ahead.

There is a story in the second book of Kings that helps us to understand this experience. Israel was at war with Syria. Elisha, the prophet of God, used his divinely inspired sight to inform the Israelites of the movements and strategies of the Syrian army. At first the King of Syria thought a spy was responsible, but eventually he learned the truth and sent horses and chariots, a vast army, to capture Elisha. Elisha was in a city called Dothan which was situated on a mountain. During the night the Syrian troops surrounded the mountain city.

In the morning Elisha’s servant went out and saw the Syrian army camped all around them. Out of fear for the safety of his master he ran to Elisha and cried “Alas, my master, what shall we do?”

You can imagine how hard it may have been for the servant to accept this. So Elisha prayed to God, “O Lord, I pray thee, open his eyes that he may see.”

So the Lord opened the young man’s eyes and the servant saw that standing between Elisha and the Syrians were horses and chariots of fire covering the mountainside. This vision reassured the servant and in the end not only was Elisha safe but the Syrian army was humiliated.

We are very much like the servant. We are surrounded by enemies and sometimes we become anxious and afraid, if not for our own sake then for the sake of those we love. Like Elisha’s servant, we need a mountaintop experience, an encounter with the divine. We need to see things from the perspective of God, not men. Peter needed to see that in spite of the death that Jesus was about to undergo, God was still there. God was still in control. God will see to it that in the end Peter and his friends will triumph over their enemies as Elisha triumphed over his. Peter and his fellow disciples needed God to open their eyes, and give them a glimpse of the divine, to strengthen them for the long dark days that were opening before them. The Transfiguration, was that experience.

When Peter and James and John saw the glorified Christ, the identity of the “Beloved Son” was revealed. Their fear was dispelled. As Matthew tells us of the same incident, Jesus comes to them and tells them, “Get up now, and do not be afraid.” And thus fortified they went out and preached the Gospel to all the world.

In 1968 Dr. Martin Luther King delivered a powerful keynote address. It ended with these words.

“We’ve got some difficult days ahead. But it doesn’t matter with me now, because I’ve been to the mountaintop….Like anybody, I would like to live a long life. Longevity has its place. But I’m not concerned about that now. I just want to do God’s will. And he’s allowed me to go up to the mountain….Mine eyes have seen the glory of the Lord.”

Abraham goes to the mountaintop, passes a test of faith and returns to be the father of a great nation. Muslims, Jews, and Christians all regard him as their spiritual father. Peter is taken up to the top of a mountain by the Lord, and shown a vision that prepares him for the struggle ahead, and allows him to lead the early church.

Through our great battle with the Adversary and our encounter with the divine on the mountaintop, we have shown our willingness to sacrifice. We have discovered that our true nature is that of a servant, to use our gifts and talents to help our brothers and sisters in their own spiritual journey. We have conquered death and no longer fear it. We have gained new knowledge, new perceptions, and a new realization of our true self. We are of royal blood, and we are divine, the sons and daughters of a King who is God.

We have achieved our goal of finding our true self, and now it is time to go back. As we leave the mountaintop we enter into the third act of our journey, Vocation.