This is the Hallmark of Christianity

Posted by Deacon Lawrence | Oct 27, 2019 | A Catholic Deacon reflects on Faith, Art, and Our Spiritual Journey (by Lawrence Klimecki)

“Throughout history the Church urges us to be persistent in our efforts to evangelize the world. “ 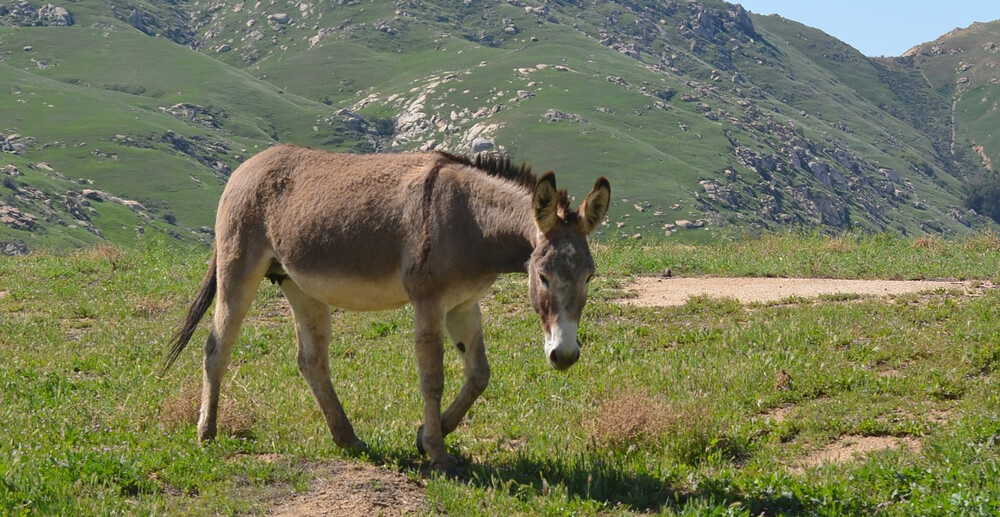 The Burro and the Stallion

The Reverend Dr. John Killinger retells this story from Atlantic Monthly about the days of the great western cattle rancher:

“A little burro sometimes would be harnessed to a wild steed. Bucking and raging, convulsing like drunken sailors, the two are turned loose like Laurel and Hardy to proceed out onto the desert range. They could be seen disappearing over the horizon, the great steed dragging that little burro along and throwing him about like a bag of cream puffs. They might be gone for days, but eventually they would come back. The little burro would be seen first, trotting back across the horizon, leading the submissive steed in tow. Somewhere out there on the rim of the world, that steed exhausted itself trying to get rid of the burro. And in that moment, the burro took mastery and became the leader.

And that is the way it is with the kingdom and its heroes, isn’t it? The battle is to the determined, not to the outraged; to the committed, not to those who are merely dramatic.”

The Hallmark of Christianity

Business leaders as well as faith leaders know the value of persistence. Ray Kroc, the late founder of McDonalds, once paraphrased President Calvin Coolidge. “Nothing in this world can take the place of persistence. Talent will not; nothing is more common than unsuccessful men with great talent. Genius will not. Un-rewarded genius is almost a proverb. Education will not. The world is full of educated derelicts. Persistence, determination and love are omnipotent.”

More and more, we live in a globalized world. A common set of laws and an independent economy links most of the strongest, richest nations. When a recession affects one country it usually affects other countries as well.

Our world is also post-Christian, which is to say that much of the world does not hold to Christian ideals or principles. Instead, the pursuit of pleasure and economic success is the basis for our increasingly global culture. Christianity is tolerated, as long as it does not interfere with this pleasure centered culture. When Christianity does interfere, which it must do in order to fulfill the mission God has left us with, society harasses Christians, ridicules them, and sometimes even puts them in jail.

In truth, one of our greatest battles is an interior one, a spiritual one. It is a battle against our own inner demons of fear, doubt, and discouragement.

This is the world we live in. It is also the world of Saint Paul.

In roughly 30 years of ministry, Saint Paul spent about six of those years as a prisoner or in prison. In the Roman system of justice a pre-trial clarified the charges against the accused. It is after this pre-trial that Paul writes his second letter to Timothy. It has the tone of a condemned man giving final instructions to those who will take up his mission.

But Paul does not dwell on his accomplishments. He does not hold up the churches he founded or the thousands of souls he brought to God’s Kingdom. Instead he speaks of his persistence. He says of his ministry that he has “competed well.”

In his final days Paul trusts in God’s mercy, just like the tax collector in Jesus’ parable. The Pharisee focuses attention on himself, his deeds and his actions. He shows no desire for God’s mercy or any need for God Himself. But the tax collector’s prayer has become a summation of Christian spirituality. It forms the basis of what is known as the Jesus prayer. “Lord Jesus Christ, only son of the living God, have mercy on me a sinner.”

There are many similarities between our world and the Roman world of Saint Paul. There is constant pressure on Christians to compromise their beliefs. But Paul gives us his example and his instructions. He tells us of the value of persistence.

Fight the good fight, finish the course, keep the faith, and trust in God’s mercy. There is no better epitaph a Christian can aspire to be worthy of.

Lawrence Klimecki, MSA, is a deacon in the Diocese of Sacramento. He is a public speaker, writer, and artist, reflecting on the intersection of art and faith and the spiritual “hero’s journey” that is part of every person’s life. He  can be reached at Lawrence@deaconlawrence.com. For more information on original art, print and commissions, Please visit www.DeaconLawrence.org

The Call of the Artist

The Hero’s Journey of the Spirit – Part III

The Hero’s Journey of the Spirit – part XIV