This is the Peace of Christ

Posted by Deacon Lawrence | Nov 3, 2019 | A Catholic Deacon reflects on Faith, Art, and Our Spiritual Journey (by Lawrence Klimecki)

“When we accept the offer of Jesus we experience the calm and serenity that Zaccheus experienced when salvation came to his house. This is the Peace of Christ.” 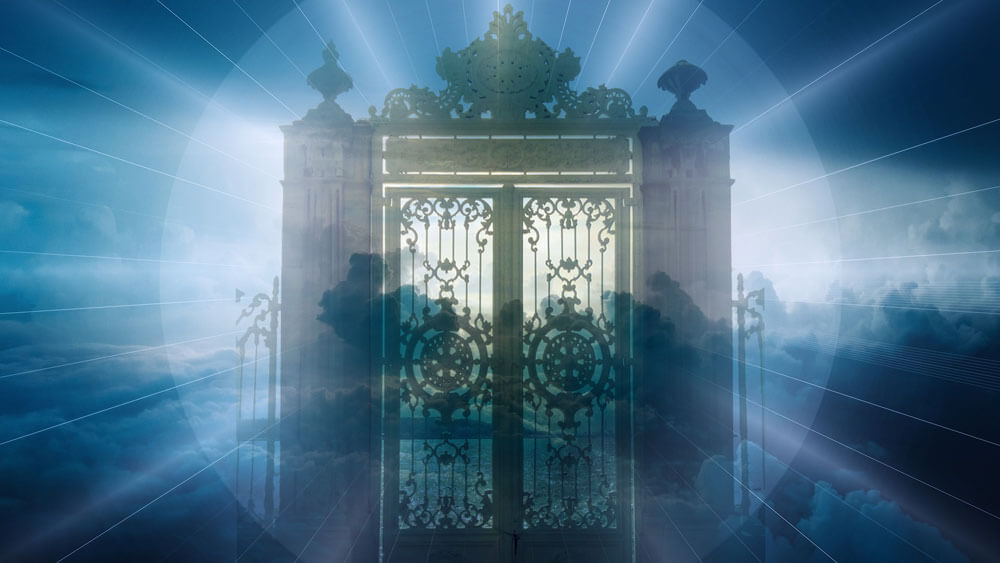 In 1886 Leo Tolstoy wrote a short story titled “The Repentant Sinner.” In the story a seventy year old man falls ill. He led a life of sin and debauchery and never repented of his sins. With his last breath he wept and asked the LORD to forgive him as Jesus forgave the repentant thief on the cross.

As he died his soul left his body and he found himself before the gates of Heaven. But the doors were locked. The man knocked and prayed to be let in. A voice called out asking who knocks and what deeds did he do during his life.

Satan suddenly appeared in answer. The Adversary recounted all the sins the man committed while he lived. The first voice then announced “Sinners cannot enter into the Kingdom of Heaven, go!”

The man asked the name of the unseen speaker and the voice answered “I am Peter the Apostle.”

The man reminded Peter of the apostle’s own human weakness. “Remember how you promised to be faithful unto death, and yet three times you denied Him, when He was taken before Caiaphas. So it was with me. You cannot refuse to let me in.”

The voice fell silent and the man knocked again. The same thing happened. A voice asked for an account of his life and devil was only too happy to oblige, recounting all the man’s sins and not a single good deed.

This time the voice behind the gate was revealed to be “David, king and prophet.”

The man reminded David of David’s own need for God’s mercy.”You had it all,” he said. “but you saw from your house-top the wife of a poor man, and sin entered into you, and you took the wife of Uriah, and slayed him with the sword of the Ammonites. I have done the same. You cannot refuse to let me in.” At this, David too fell silent.

The man knocked a third time with the same results. An unknown voice called him to account and Satan gleefully read an account of the man’s sins.

The third voice identified himself as John, the beloved disciple.

Tolstoy ends the story in this way.

“And the sinner rejoiced and said, ‘Now surely I shall be allowed to enter. Peter and David must let me in, because they know man’s weakness and God’s mercy; and you will let me in, because you love much. Was it not you, John the Divine, who wrote that God is Love, and that he who loves not, knows not God? And in your old age, did you not say to men: “Brethren, love one another.” How, then, can you look on me with hatred, and drive me away? Either you must renounce what you have said, or loving me, must let me enter the Kingdom of Heaven.’

And the gates of paradise opened, and John embraced the repentant sinner and took him into the Kingdom of Heaven.”

Our LORD told us that there is more rejoicing in heaven over one sinner who repents, than there is over the ninety nine who have no need of repentance. (Luke 15:10) The tax collector, Zaccheus, was such a man. 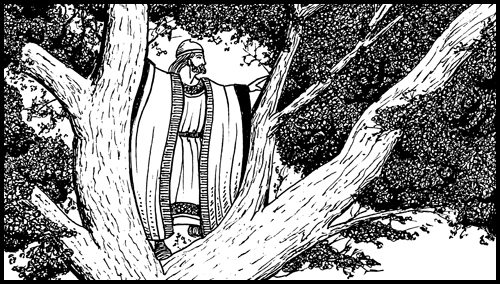 In ancient Judea to be a tax collector was to be a sinner. Zaccheus achieved his great wealth by collecting more in taxes than was due to the Roman government and pocketing the difference. Zaccheus would have been one of the most hated men in Jericho.

But God cannot hate anything He created. All of existence is maintained by His active will. And so the Son of Man came to seek out and to save what was lost. Zaccheus, sinner that he may have been, was a descendant of Abraham and Jesus saw in him something that could be saved.

This is why the Word was made flesh and came to live among us. He came to restore our broken relationship with God. Christ came to offer us the very thing that we lost through rebellion and disobedience.

We were made to live in communion with God. When we accept the offer of Jesus we experience the calm and serenity that Zaccheus experienced when salvation came to his house. This is the Peace of Christ.

We cannot achieve this on our own. We have tried, many times, and failed. Our happiness here on earth and in the kingdom to come depends upon our right relationship with God.
Remember this when you are called to account for your own life.

Lawrence Klimecki, MSA, is a deacon in the Diocese of Sacramento. He is a public speaker, writer, and artist, reflecting on the intersection of art and faith and the spiritual “hero’s journey” that is part of every person’s life. He can be reached at Lawrence@deaconlawrence.com. For more information on original art, print and commissions, Please visit www.DeaconLawrence.org

The Christian Artist – A vocation of service