Why the Kingship of Christ Matters

Posted by Deacon Lawrence | Nov 24, 2019 | A Catholic Deacon reflects on Faith, Art, and Our Spiritual Journey (by Lawrence Klimecki)

“The right which the Church has from Christ himself, to teach mankind, to make laws, to govern peoples in all that pertains to their eternal salvation, that right was denied.” 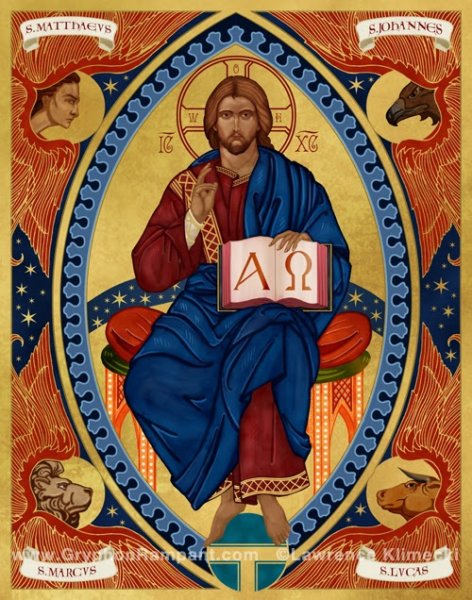 It is a common misconception, that the faithful do not hold a belief universally until it is formally declared by the Church. But this is not the way of things. The Church makes a formal declaration, be it a doctrine, a dogma, a teaching, or even a feast-day or solemnity, in response to a need.

The Sacrament of Matrimony is a good example. Detractors will point to the Council of Trent, in the 16thcentury, as the basis for our belief that marriage is a sacrament of the Church that conveys an increase in sanctifying grace. They will infer that before the council, marriage was not thought of as a sacrament.

This of course is not true. The belief in marriage as a sacrament can be traced back to apostolic times. It was defined at Trent in response to the so-called reformers who denied the sacramental character of the sacrament.

The aftermath of World War I, followed so quickly by World War II, sparked a massive change in western society and culture. People searched for a cause of all the horror and bloodshed and loss they had endured for so many years. In the minds of many leaders, it was the “old way” of doing things that was responsible for all the world’s ills. And so anything that was considered “the old way” was abandoned. Unfortunately Christian values and teachings and morals were caught up in what was considered the “old way.” The year 1922 saw the establishment of the first explicitly atheistic totalitarian regime, soviet communism. Thus began a turning away from Christianity that has continued to this day, growing only stronger with each passing year.

“The empire of Christ over all nations was rejected. The right which the Church has from Christ himself, to teach mankind, to make laws, to govern peoples in all that pertains to their eternal salvation, that right was denied.

Then gradually the religion of Christ came to be likened to false religions and to be placed ignominiously on the same level with them. It was then put under the power of the state and tolerated more or less at the whim of princes and rulers. Some men went even further, and wished to set up in the place of God’s religion, a natural religion consisting in some instinctive affection of the heart.

There were even some nations who thought they could dispense with God, and that their religion should consist in impiety and the neglect of God.

“The rebellion of individuals and states against the authority of Christ has produced deplorable consequences” (Quas primas, 24).

It is not true that Christianity is responsible for all the troubles of the world. We must not believe the lie that all religions are the same. We must reject the claim that following Christ has no place in formulating the laws and customs of our communities. If we exclude Christ and Christian values from public life, we will only give more room for the new paganism to flourish.

It is only through Christianity, for example, that we came to realize that slavery was an injustice and it was gradually eliminated. Where slavery still exists today, it is usually in a non-Christian society. Christianity is responsible for countless schools, universities, and hospitals. The Catholic Church is the largest charitable organization in the world.

Pope Pius XI responded to the abandoning of Christian values by instituting the solemnity of “Christ the King.” On that occasion he wrote:

“When once men recognize, both in private and in public life, that Christ is King, society will at last receive the great blessings of real liberty, well-ordered discipline, peace and harmony… That these blessings may be abundant and lasting in Christian society, it is necessary that the kingship of our Savior should be as widely as possible recognized and understood, and to that end nothing would serve better than the institution of a special feast in honor of the Kingship of Christ.” (Quas primas, 19, 21)

The solemnity serves as a reminder to the world that we can do nothing without Christ. To reject Him is to reject our only hope, to accept Him is to accept eternal life.

Pax Vobiscum
The Solemnity of Christ the King

Lawrence Klimecki, MSA, is a deacon in the Diocese of Sacramento. He is a public speaker, writer, and artist, reflecting on the intersection of art and faith and the spiritual “hero’s journey” that is part of every person’s life. He can be reached at Lawrence@deaconlawrence.com. For more information on original art, print and commissions, Please visit www.DeaconLawrence.org

Art, Artists, and a Theology of Beauty, part III