You Are Called to be a Missionary

Posted by Deacon Lawrence | May 8, 2022 | A Catholic Deacon reflects on Faith, Art, and Our Spiritual Journey (by Lawrence Klimecki)

“Each one of us is called to bring the light we have received into the lives of those around us, into our communities, work places, families, and schools.”

Have you ever thought of yourself as a missionary? 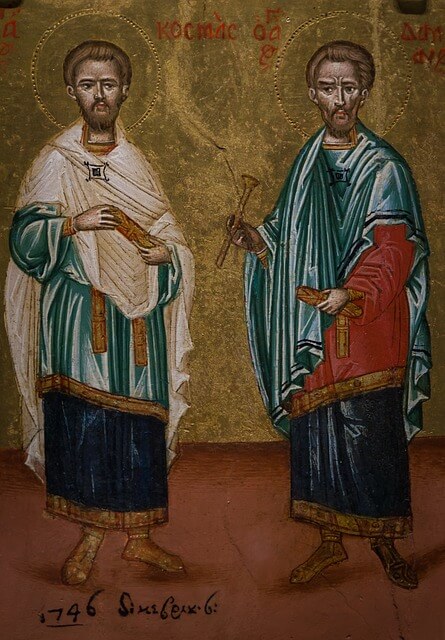 The apostles and missionaries, Barnabas and Paul, travelled from city to city, spreading the Gospel. Most likely they would start at the local synagogue and announce that the Messiah had finally come. They would spend the sabbath there, preaching. They spend the following week talking to individuals and families so that by the time the sabbath comes around again, the synagogue is crammed with people who want to hear them.

They must have been thrilled with their success. But the leaders of the synagogue became jealous, afraid that the apostles were stealing their power and authority. A shouting match broke out and the two saints were kicked out. They were locked out of the group of “movers and shakers.”

How did they react? Did they complain? Did they give up? No, they just started preaching to the Gentiles instead, confident that God would bless their efforts.

They were successful at this as well and began to attract people from the whole region. But again, as they grew more popular, they were perceived as a threat by those in power. An organized resistance was raised against them and they were expelled from the entire region.

But Our Lord prepared them for this. When they are rejected for speaking the Truth, they simply knock the dust of that region off their sandals, and head to the next city.

We see this pattern of opposition even today. When a person, or a ministry, or a parish begins to gain some ground for God, it is attacked. But suffering and opposition are daily bread for Christians, just as they were for Christ. Only by persevering through the cross can we come to the Resurrection; only by enduring Good Friday can we celebrate Easter.

We owe our faith and hope to the perseverance of missionaries who, like Barnabas and Paul, carried the torch of truth and grace courageously, never backing down in the face of difficulties, just as Christ Himself never backed down.

The torch has now been passed to us, God has entrusted the light of His Gospel to us.

Every Christian is a Missionary.

Each one of us is called to bring the light we have received into the lives of those around us, into our communities, work places, families, and schools.

Each one of us has an entirely unique circle of friends and acquaintances, an entirely unique network of relationships, and an entirely unique set of skills to reach them. If we strive every day to live as Christ taught us, giving a constant example of kindness, courage, concern for others, forgiveness, responsibility, and hard work, we will spread the light. If we stay attentive to opportunities that God sends us to speak clearly and encouragingly to others about the Gospel, to invite them to follow Christ, we will spread the light, but only if we persevere in the face of the obstacles the devil throws up to discourage us.

If we persevere, grace will win in the end, it always does.

Deacon Lawrence draws on ancient Christian tradition to create new contemporary art that seeks to connect the physical and the spiritual.. For more information on original art, prints and commissions, Please visit www.DeaconLawrence.org

Lawrence Klimecki, MSA, is a deacon in the Diocese of Sacramento. He is a public speaker, writer, and artist, reflecting on the intersection of art and faith

The Hero’s Journey of the Spirit – Part I